The charming seaside town of Calafell is a very traditional Spanish village that’s seems to have eluded the ‘obscene’ high rise development that is common in much of this area.

Here, south of Barcelona, there are some 150 miles of coastline that makes up the Costa Dorada and comprises numerous cliffs and coves together with more than its fair share of broad sandy beaches.

ACCOMMODATION
We are working with the excellent 3 star Hotel Miramar situated right on the sandy beach in Calafell itself. Its 200 rooms all have bath and shower, telephone, colour TV with satellite, together with a balcony and terrace.

There is a private swimming pool with pool bar, a terrace bar right on the beach and TV and lounge in the hotel. There is a lift to each floor.

EXCURSIONS
There are several possibilities within easy drive of the hotel. PORT AVENTURA, a Universal Studios theme park is a must being less than an hour away.

BARCELONA itself is also close by and offers a variety of interesting sights from the Football ground to the Ramblas or Sagrada Familia.

A short drive away into the hills is the famous mountain monastry of MONSERRAT and down the coast there are numerous historical towns such as TARRAGONA.

TRAVEL
By executive coach leaving Friday or Saturday, using the short sea crossing from Dover to Calais, the motorway network of France entering Spain at La Perthus and arriving resort by mid afternoon the following day.

Tours are of 8 days (5 nights in resort) duration with extra days on request. 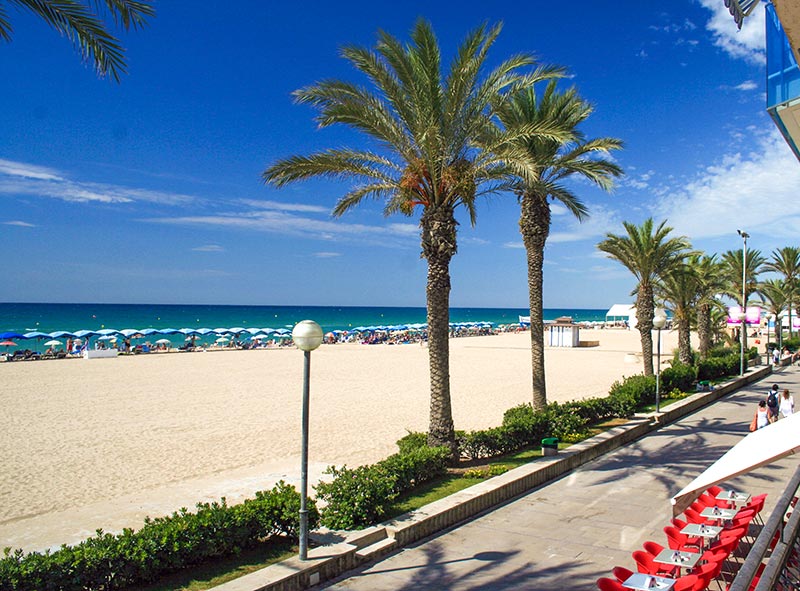 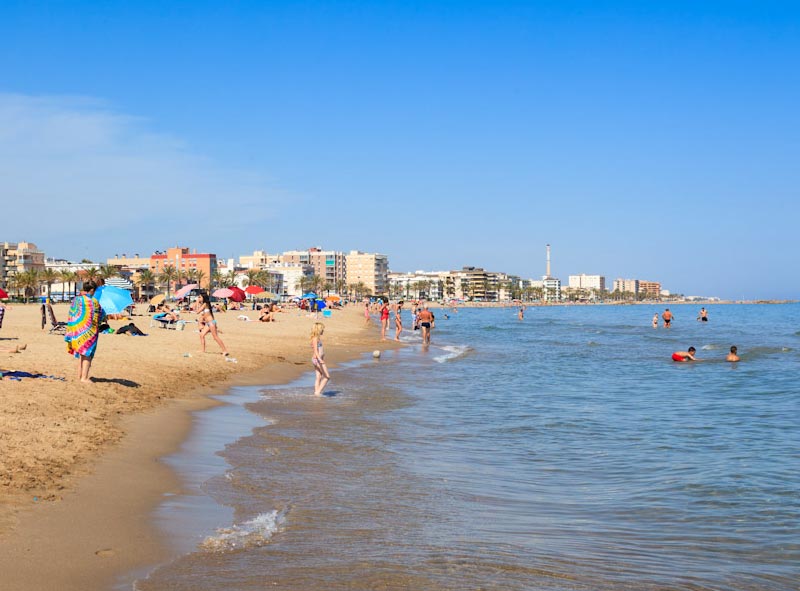 LIDO DI JESOLO FOR VENICE
This popular beachside resort is an ideal base to both relax or to visit nearby Venice either by ferry or coach. Your coach is available for excursions either locally or into the nearby lakes and mountains.

Built on stilts and forming an archipelago of 117 small islands, Venice reposes on a liquid tapestry of calm canals and lazy lagoons 2.5 miles from Venice’s mainland.

The city can be glimpsed from gliding gondolas or explored on foot through narrow passageways linked to one another by ornate stone bridges. The wealth of Venice is evident in Piazza San Marco and dates back to when the Venetian republic was a dominant mercantile power, trading silks, spices and gemstones carried overland by Bedouin caravans and shipped to Mediterranean ports.

Venice Lido is the largest island and benefits from an 8 mile long beach, which at the turn of the 19th century, created a premier resort for international aristocrats.

An enchanting walking tour of Venice would take in the most important buildings in Venice’s centre such as the Basilica, Clock tower, Doge’s Palace. From St Mark’s square you can wander the back streets to Santa Maria Formosa to the magnificent church of San Giovanni e Paolo, past Marco Polo’s house and along the Mercerie, Venice’s main shopping street.

We will use a selection of 2 and 3 star hotels on or near the beach in Lido di Jesolo. The Hotel Amalfi is situated direct on the largest pedestrian island and close to the beach. The area is closed to traffic at night creating a safe area for evening relaxation.

There are 80 comfortable rooms all with private bathroom, air conditioning and with TV, fridge and hair dryers. There is a pool, mini golf and basketball courts.

The hotel has its own spacious restaurant serving a mixture of local cuisine and international dishes. Coach travel can be either direct with overnight on the coach or with overnight stays in Germany en route.

ROME
This vibrant city of nearly 3 million inhabitants and the capital city of Italy. It is a fascinating city steeped in history going back 2.5 thousand years.

It is one of the most important tourist destinations in the world with a host of attractions. There are numerous museums, galleries, aqueducts, fountains, churches and palaces.

Rome is also a major archaeological hub and one of the world’s main centre’s of research as it contains numerous ancient sites including the Colosseum, Roman Forum and the Pantheon, to name but a few.

We will be using 2 and 3 star accommodation, all centrally situated including the 2 star Hotel Aquarium which is close to the main terminal and a short walk from the Colosseum.

Accommodation is simple but rooms all have en-suite with TV and satellite, there is a bar and lounge area. We can organize either a single centre visit for Rome itself, either by air or coach, or combine it with a stay in the Bay or Naples at Sorrento or similar.

FLORENCE
Another popular destination for cultural tours, Florence, houses some of the greatest artistic treasures in the World. The most popular and important sites include the Cathedral, the Baptistery, the Uffizi, the Bargello and the Accademia.

The churches of Santa Maria Novella and Santa Croce are veritable art galleries. And the library of San Lorenzo is a magnificent exhibition of Michelangelo’s architectural genius.

Wander some of the oldest streets in the city and cross the Arno River at Ponte Vecchio into the newest part of the city. Interesting “outside” areas include the Boboli Gardens and enchanting views of the city can be had by climbing the hill to the San Miniato al Monte.